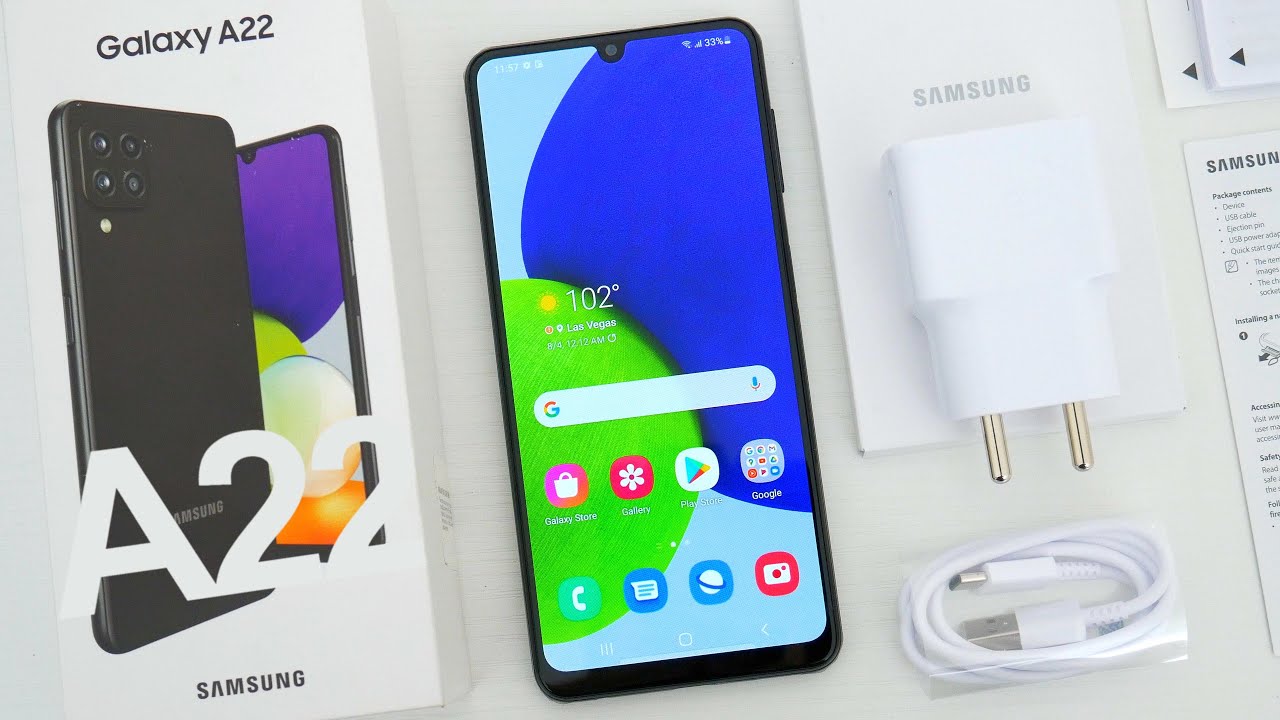 The Samsung Galaxy A22 is an entry-level device, but connects to the very fastest networks, meaning it’s a winner if you don’t want to break the bank but still need access to ultra-fast speeds for streaming, downloading and browsing.

Its LCD screen won’t win any awards, but at 6.6 inches it’s great for video on the fly. There’s a decent triple-lens camera, as well as a sizable battery. Throw in Android software and you’ve got a great handset at a brilliant price.

The triple-lens camera set up on the Galaxy A22 is no slouch, with a 48MP main wide lens, a 5MP ultrawide lens and a 2Mp depth lens. Unfortunately, it doesn’t come with optical image stabilization, which can be found on the 4G variant of the phone.

The Galaxy A22 supports 15W fast charging but also comes with a massive 5,000mAh battery. That means it can last about a day and a half on a single charge, better than some rivals (we’re looking at you Google).

Samsung Galaxy A22 Price in Canada

The Samsung Galaxy A22 price in Canada is expected to start at approximately $249.99 for the base mode 4GB RAM + 64GB storage option. Keep in mind that the price of this phone in Canada is not fixed and is subject to change over time.

This phone is available through all major stores in Canada like Bell Mobility, Rogers Wireless, TELUS Mobility, Freedom Mobile and Fido. Also, you can get the best deal through major online stores like Best Buy, Amazon Canada, and Walmart.

Samsung Galaxy A22 Price in Canada and Specs