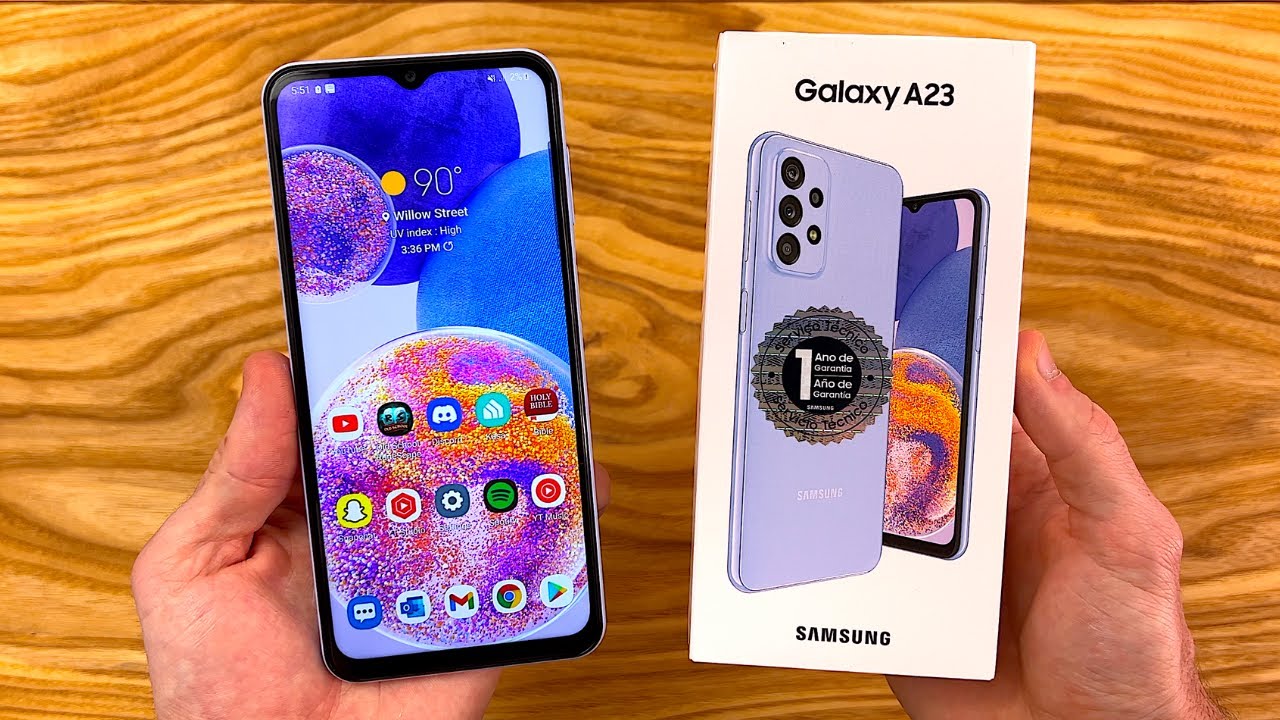 The device has a 6.6-inch LCD screen with a refresh rate of 90 Hz. Samsung has concealed the selfie camera in a drop-shaped notch, which looks somewhat old-fashioned. However, you don’t pay too much either, so we can’t get really angry about this.

The housing of the Samsung Galaxy A23 is made of plastic. That feels less premium than the aluminum and glass of, for example, the Galaxy S22 series. However, plastic also has a number of advantages. This way, it weighs less and is a lot less vulnerable. The device is available in several colours, including black and light blue.

For its low price, don’t expect groundbreaking specs. Still, you can look great with the Galaxy A23. The device contains a relatively powerful Snapdragon 695 chip on board. This chip also supports 5G, so you’re ready for the future.

Other specifications include a large 5000mAh battery, 64GB or 128GB of storage, and 4GB or 6GB of RAM. In the camera area, the device seems to be improving.

The individual lenses have become larger, but only the main camera is used. The other lenses are somewhat superfluous or have a resolution that is too low for nice shots.

The Samsung Galaxy A23 price in Canada is expected to start at approximately $295 for the base mode 4GB RAM + 64GB storage option. Keep in mind that the price of this phone in Canada is not fixed and is subject to change over time.

This phone is available through all major stores in Canada like Bell Mobility, Rogers Wireless, TELUS Mobility, Freedom Mobile and Fido. Also, you can get the best deal through major online stores like Best Buy, Amazon Canada, and Walmart.

Samsung Galaxy A23 5G Price in Canada and Specs